Yesterday we said good-bye to a good friend. My good friend Joe passed away at the young age of 43 after a long battle with various health problems and hospitalizations. My dad, brother, and I learned that his condition was end stage just Thursday, and we hurried into the hospital on Friday to say goodbye to him. He passed just as we arrived, life leaving his body and traveling into the great beyond, a beautiful soul bidding farewell to those of us left behind.

Joe was a gentle soul with a brilliant mind. Unfailingly kind, I don't think he had a malicious bone in his body. His tolerance for others spread to anyone who met him. He was jolly by nature and inspired laughter within minutes of being around him.

Joe became known to our family in 2000, when he worked with my dad at a travel magazine. He became part of our adopted family in the following years. His blood family lived far away, spread out across the US and in Ghana, his country of birth. Joe was always present with us at holidays, family dinners, and special occasions, it was always assumed that Joe would have a spot at our table, he was one of us. When Francisco met Joe upon moving here in 2005 they became fast friends, bonding over their skin colors and their love of weird stewed meats. They traded website work for home cooked meals and formed a tight bond that lasted up until the end.

Joe was as much like a brother to me as my own flesh. I loved him despite his inability to care for himself the way he deserved, in spite of his lifelong battle with addiction. His good heart and loving personality shone through each time I spoke to him. He was a person worth caring about. I carry him in my heart now and forever. I hope that more people can aspire to be as kind to others as Joe, and that we who loved him will all learn from his mistakes and take care of our bodies, so they will in turn carry us through to old age.

Good-bye Joe. Thank you for sharing your friendship, your laughter, your insight, your intelligence, your compassion, and your grace with me. I will never forget what a good man you were. Until we meet again... 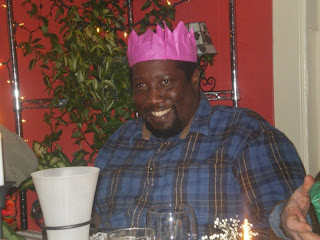 The Meanest Thing About Spring

Do you ever feel like Daylight Savings Time was invented purely for the amusement of the government? I think that somewhere people are sitting in some office cracking up at our tired faces trying to get up an hour earlier for school and work, trying to wrestle our kids into bed an hour before they are used to sleeping. Nathan is rolling out of bed at 7:30 and barely making it onto the bus for school. Somewhere Big Brother is laughing at my sad sleepy face as I struggle to stay awake throughout the day, as though it was so easy before. Bastards.

When I lived in the Dominican Republic there was no observation of Daylight Savings. Dominicans thought they had plenty of daylight, thank you very much. Apparently they did at one point try and turn the clocks back, but everyone got so confused that no one made it anywhere, and they gave up and just kept it the same year round. Smart people.

I do, however, appreciate having it not get dark until 7pm. I am in desperate need for spring, and so I will accept the longer light filling up our days. I just wonder how much longer until we keep it this way all the time. I feel like a spring bud peeking up from the ground, much like the tiny daffodils I see peeking through in the yard, my eyes just barely beginning to open. I love living in Massachusetts because I hate winter so much, that when it finally melts away the feeling is orgasmic. We will probably live through the adjustment another year, but I wish somebody would wisen up and stop messing with our heads.

Posted by Kate Hartshorne at 6:18 AM No comments:

The Bug is Back

Well, it's back. The bug. The travel bug that it. It hits me midwinter every year like a ton of bricks, and won't let up until the weather gets cold again next fall. I go one place and then I am desperate to go everywhere.

Unfortunately for me I am not independently wealthy, so this bug has to be kept at bay, at least a little bit. It is taking all of my strength not to charge us into credit card debt even further with new plane tickets to far off fun destinations, but no, I am not doing it. I will not jump at the great deal or the special offer, because really, unless it's free it's not happening. Calm down sister.

I think this bug will be permanently implanted inside of me. I can't imagine not having the itching desire to see new places or experience new adventures. Becoming a mother held it back a bit for me, but now that my kids are getting bigger that only increases my urges to get out and do things, and show them how much life has to offer.

So, if anyone has any fantastic, cheap, and easy ideas for anywhere to go that I don't have to reach by airplane, and that are preferably free, please let me know, I'm on the move, and I'm not stopping now.


Posted by Kate Hartshorne at 7:13 PM No comments:

The Girls' Getaway: From fear to fantasy

I got back yesterday from a trip that has been widely discussed (in my own head) but never executed for the many years that I have been a parent. The girlfriends' getaway. The day had finally come. Jane, Danielle, Liz, and I were four women in desperate need of a vacation, so we shot down south to Key Largo. 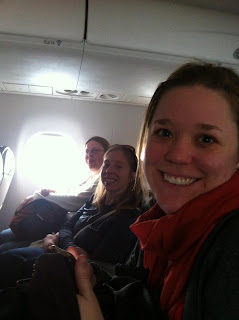 Liz and I are the only two with children, and the day before we left we both found ourselves wracked with overwhelming anxiety about leaving them, even though I was leaving them in the hands of those I trust the most and I knew they would be fine. It was an unexplained sense of panic, as though I was making some terrible mothering mistake. I now feel a bit foolish for experiencing these uncontrolled emotions, as it was worth every last minute.

The panic subsided by the time we were en route to the airport (although my panic about flying and the turbulent airplane ride did not help much) and once we had gotten our rental car and were heading south down the Florida turnpike to our awaiting houseboat, the Tobbie Dee. 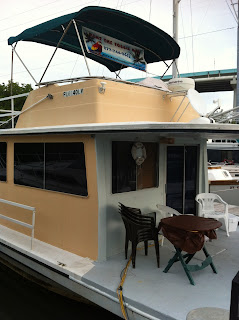 The boat was shabby in the perfect sort of way. Located in the somewhat rundown but also distinctly charming Gilbert's Resort, our houseboat was roomy enough to fit four women comfortably, had a blender for mixed drinks (of which there were many), and allowed us to sip coffee while watching pelicans swooping down to catch their morning fish. The best part is that it was dirt cheap and had a constant view of the water. Perfect. 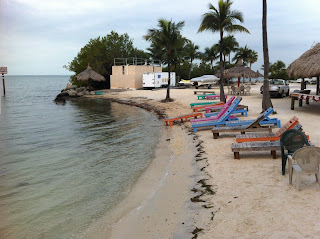 Our daily escapades began each day with a trip to the Casa De Los Jugos, a local haven for coffee and juice lovers alike. I easily consumed my body weight in fresh squeezed passion fruit juice (when combined with enough rum could very well create world peace) and cuban coffee in small thimbles, strong enough to wake any narcoleptic. 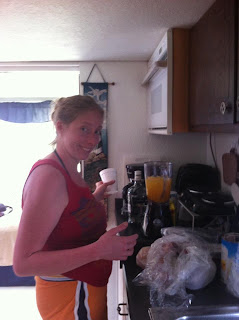 We filled our thermoses with fruity rum and headed to a different beach each day, the most stunning of which was the renowned Bahia Honda State Park. I hadn't been on a beach without my kids since they were born, and the release of not being responsible for anyone else was tremendous. Girl talk, from the most intimate details to the superficial had us laughing the entire time. 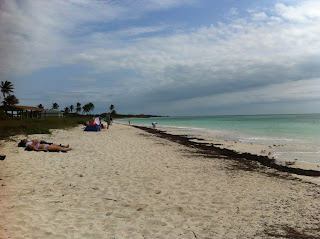 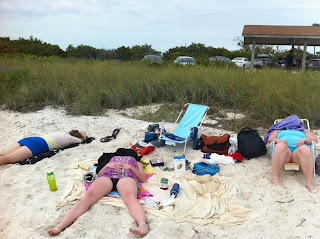 Whatever else may be true, I will not be waiting seven years to take a vacation by myself again. Today as I woke up (from 12 needed hours of sleep) feeling refreshed and calm, I no longer hold the guilt of taking time out for me. Moms deserve to spend time away from their children now and again to allow us to remember that we are more than just mothers. We are women with desires, adventuresome spirits, and the ability to laugh. I can't believe how often in life I have let myself forget that. This too ends today. 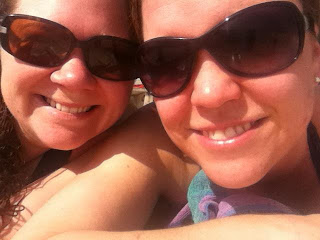 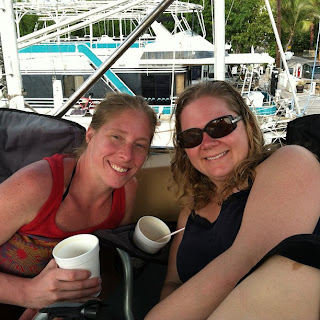 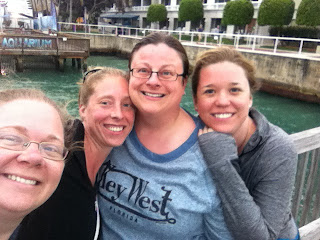 Posted by Kate Hartshorne at 8:56 AM 3 comments: