I am thinking about my good friend Angela Silva Wollman today. She was born in Brazil and came to Miami as a teenager. We met in Miami when we were 19, working together at a restaurant, and became fast friends. We were inseparable for most of my time in Miami, spending countless weekend nights out dancing Salsa (she was an excellent dancer and loved a party more than anyone I knew). I would stay at her apartment on Miami Beach and she'd make grilled cheese for breakfast and cafe con leche. No one made breakfast taste so good.

Angela spoke 3 languages fluently, she worked 18 hour days at whatever job she had to try to push ahead. At 20 she married Michael Wollman, and gave birth to her baby girl Victoria at 22. She loved her daughter more than life itself, although she was not wild about being a stay at home mom. She always dreamed of having a career that she could be proud of, and after Victoria was in preschool she studied to become a massage therapist and went to work. I have never met a harder working woman.

Angela gave everything she had to her friends and family. When I needed something she was always there for me, always an unconditional friend. She and her sister, Renata, were an inseperable duo, a Brazilian force to be reckoned with, beyond best friends.

Angela died on August 16, 2008 at the age of 28, after a battle with B-cell lymphoma. Her family feels her loss everyday, as do I. She will be forever remembered for her infectious laugh, beautiful smile, and warm heart. Angela, it is with tears that I remember you on the day you were taken too soon. I love you, you are forever in my heart. 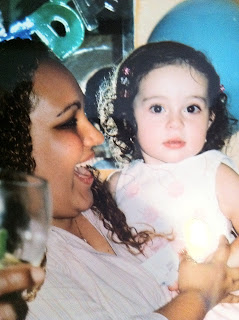 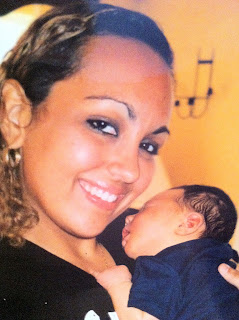 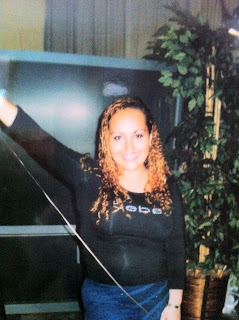 No, I didn't say negligee, so don't get all excited (or horrified), I am a negligent blogger who, until about two minutes ago, forgot I even had a blog at all. My dad would be so disappointed in me.

Recently I feel like I can't keep up with the chaos of everyday life. Summer has been pretty easy for us, sleeping in, no rules to speak of, too much TV and junk food. But now the reality is setting in. I have become fat and lazy and my kids are like junkies hooked to the screen. It all sounds nice and relaxing but what we really end up with is a bunch of over-carbed, cracked-out, screaming monsters, yelling at each other all day and trashing the house as though someone was paying us to. Not good people, not good.

So Nathan realized first that he needed to get out of this hideous cycle, or maybe I realized it when the simple act of brushing his teeth became an epic battle. After cutting off all screen time priveledges he became so morose he wanted to get the hell out of dodge. So he asked me to sign him up for camp, and then he asked to stay at camp all day, and then to return the next week. Who the hell would turn down this opportunity? Seven hours of basketball and swimming to get us through the last dog days of summer. Yeah, we're going.

Sofie's summer stint did not work out quite so well. She begged me to let her go to gymnastics camp, and would not stop crying until I sought out the director and signed her up. Fortunately she let me give her a trial day before shelling out more cash for another questionable venture. So yesterday we gave it a shot. Sof lasted about 25 minutes, when halfway into the stretches she looked up at me (where I quietly watched for the mezanine, anticipating this moment) and said "Mom! I don't like this, let's go home!" Maybe we'll try again next year.

For now we eagerly await the start of school in just a couple short weeks. Time for someone else to boss them around for a while. Probably will be good for all of us.
Posted by Kate Hartshorne at 3:08 AM No comments: