A Food Tour of South Florida

I spent the weekend in Miami, or should I say in South Florida, as I didn't actually spend too much time within the Miami city limits, but definitely enough to get a serious Florida fix. I have lived in Miami twice in my life now, and I have no desire to live there again. The traffic, the congestion, the intense materialism that the transient residents have, the obsession with fake breasts and fancy cars and glittery jewelry really doesn't do it for me. But there are some things that set Miami apart from any other city: and this weekend it was most certainly the food.

Being a city that is stuffed full of people from all sorts of exotic countries, it is very easy to find a delicious meal in a matter of seconds in this sprawled out concrete jungle. The fact that you can often times eat this meal while looking at the ocean is another slice of heaven. But to find the food that will really make you moan with delight, you have to travel a little bit further to parts unknown.

My original intention of the trip was to bring my children down to visit their father, who they hadn't seen in several months. I imagined that somehow this would be a rather laborious effort for me, and was pleasantly surprised when they went off with their dad and stayed for three days, giving me and my best friend an actual vacation, something I haven't had without my kids in years. Having spent the last eight months as a full time single working mom, this was a surprise that went way beyond the glorious, and into the realm of an unexpected lottery win. To have Jane, my all time favorite travel companion, with me really set it over the edge in awesomeville.

Our first night, tired after not enough sleep and a very early flight, we set out for dinner in Hollywood, just a couple of miles from our hotel, and stumbled upon a dimly lit, attractive Brazilian restaurant. Viva Brazil serves up a beautiful buffet of beans and rice, fritters, salads, and meats freshly carved off the rotisserie. Brazilian food is some of my favorite, and the flavors did not disappoint, especially when washed down with the Caipirinha, the signature cocktail of Brasil. We rolled out of the restaurant and I barely made it to a horizontal position in our hotel Murphy bed before I was snoring. Delicious food coma indeed. 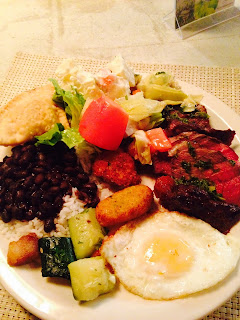 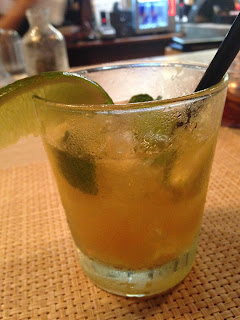 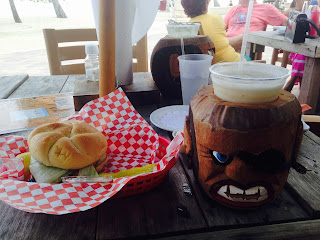 Our second day in So Flo involved getting hideously sunburned on the beach, followed by mahi sandwiches, ahi tuna, and pina coladas in giant creepy coconut heads on Hollywood beach. We were surprised by how many restaurants in Florida hang up way too many Halloween decorations. Fake cobwebs abound in the south apparently.


That night we went out for an amazing Cuban meal (Rice and beans! Churrasco steak!) and then dancing at several Latin dance spots in Hollywood. This has always been my favorite part of this part of the world. Salsa dancing, and dancing in general, abounds. People are always enthusiastic, the place is often crowded, and just when I think I am too old for anyone to dance with me, they do.

We stayed up way too late dancing, and then the next morning had to make the pilgrimage to the only place that can save you after a night like that: El Palacio de los Jugos (the Juice Palace). This place is an institution in Miami, and has been for years. They seemingly speak only Spanish, the lines are long for the fresh squeezed juices and Cuban sandwiches, but the payoff is absolutely worth it. Anyone visiting Miami should head down to Flagler and 57th Avenue and eat here, you will not be sorry.

More deliciousness continued throughout the weekend, the coffee is so strong it's like sweet liquid crack, and the guava pastries are good enough to make you miss your plane, but the rest of the weekend is a bit of a haze as we sailed back home to regular life. I will be back to Miami soon though, I can't be away from that kind of indulgence for too long. Adios! 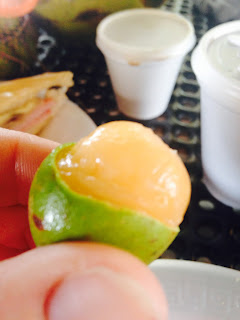 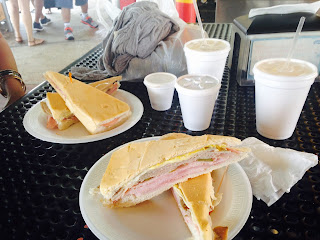 The Limonsillo, a funny yet appealing tropical fruit that I have yet to see in this region

The Cuban sandwich (ham and pickles, hot and cheesy) and the Juice of Life (fresh squeezed orange and passion fruit juice, aptly named by me when it is the cure-all for any bad hangover). 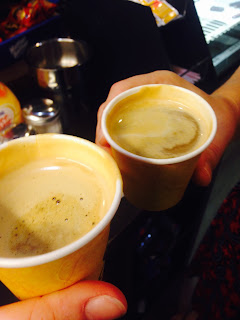 Cuban coffee, my reason for getting up in South Florida. So sweet, so strong, so addicting. 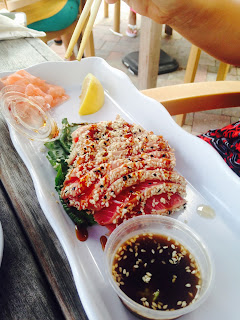 Ahi tuna steak on the beach 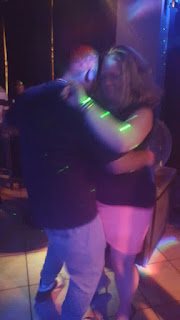 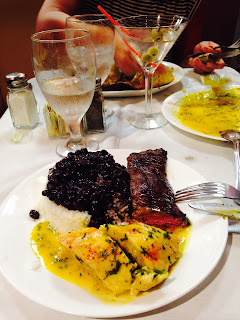 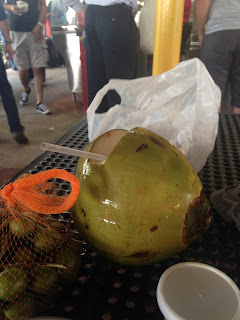 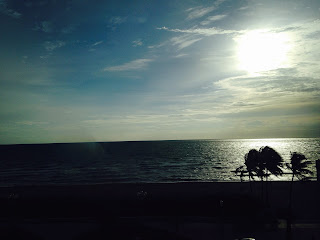 Sunrise above the Atlantic
Posted by Kate Hartshorne at 4:24 AM 1 comment: