Searching for light in a time of darkness...

I feel like I have the flu, but I am not sick. My whole body aches since this morning when I woke up to the election results. It is a heaviness in my chest that will not go away, the lingering dread and flurries of panic about what will happen now. Jon and I both woke up with a total loss of words. Loss of words as to how to protect our children, our biracial kids, our transgender kid, our special needs kid, our girls. How do we tell them it's safe to live and play and grow up in a society led by a man who so clearly disregards them, a man who has mocked and taunted them, a man who doesn't give a rat's ass what happens to them. How can we tell them everything will be fine when it is so completely uncertain, and the leader of our nation is a man who feels that it is completely acceptable to degrade women, to assault women, to attack entire populations of people based on their religion or race. We don't know if anything will be fine, and I have the sinking feeling in my stomach that nothing will be okay.

I am baffled by this country. I am embarrassed to be from a place where people hate women so much that they would choose an egomaniac monster over a qualified, intelligent, strong woman. It's beyond tragic, it speaks volumes to how little we have actually progressed. I am horrified to know that friends and family members of mine (albeit not that many, but still) agree with this sentiment. I cannot comprehend how any self-respecting woman (or man with any respect for his mother/sister/wife/daughter) could think it was OK to vote for someone who does not value women at all. I cannot comprehend how anyone who has any connection with any people of color, any immigrant, any Muslim, or any member of the LGBT community could support someone with the ability and desire to strip them of so many fundamental rights. Beyond all of this, I think the people who anger me the most are those who chose not to vote for Hillary, and yet are upset that Trump won. If you didn't vote for his opponent, what did you think was going to happen? This kind of mentality not only makes you an idiot, it also makes you kind of an asshole. The misogyny running rampant in our society is palpable, the patriarchy is swollen with pride today, and that is a crying shame.

What I have taken from this terrible outcome is the glaring reality that we ALL need to do something. The many of us who are angered and upset by this outcome, those of us who were empowered by the idea of a woman finally shattering the ultimate glass ceiling, and those of us who believe that love really does trump hate need to stand up and fight back. It's time to stop accepting whatever gets tossed our way and fight for what we know is right. I know this election has made me feel fierce and angry, and has ignited a flame within me. I will carry that flame and make sure to fight back against the inevitable injustice to come. Join me, fellow supporters of human rights, and let's do this together. 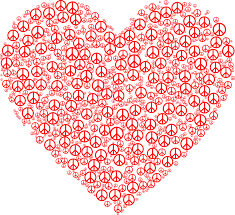