Five Days of Heaven: Food, Friends, and Fauna in Portland

Last month Jon and I took a couples trip to Portland, OR. We went with two other couples that we are dear friends with, to visit another wonderful couple that lives in Portland. The ladies and I have been best friends since high school, and we are all fortunate (after many years of trying for some of us) to be married to lovely, kind, funny, and compatible men. None of us had been on this type of couples-only trip before, and Jon and I hadn't been to Oregon before, so it was quite the adventure for everyone. We expected nothing less, as we never have a bad time when we are together, and leaving the kids at home always opens up the potential for total relaxation and spontaneity. We were not disappointed. 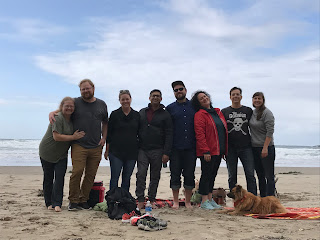 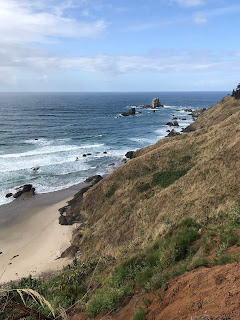 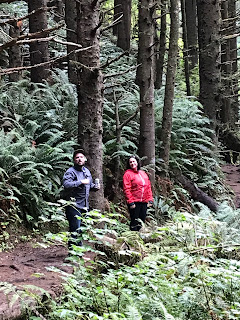 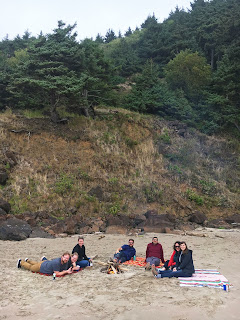 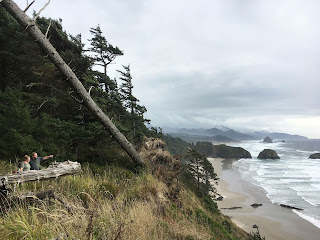 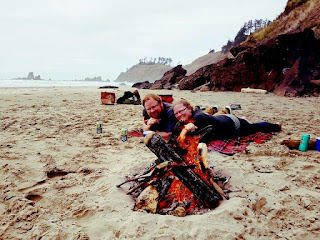 We ate, hiked, and laughed our way through Oregon, in the best way that only friends who have loved each other a really, really long time can do. The food was spectacular, with a food truck (or 20) on every corner, and amazing choices everywhere you look. The hiking was straight out of Narnia, jungle vines and moss covering million foot tall trees, overlooking wide views of the Pacific Ocean. It was easily one of the most beautiful places I have ever been. One day we were dipping our toes into the Pacific, while making a fire on the beach and sipping champagne, with a bald eagle soaring overhead, while the next day we were hiking through snow along the Pacific Crest Trail around Mount Hood. Ridiculous. 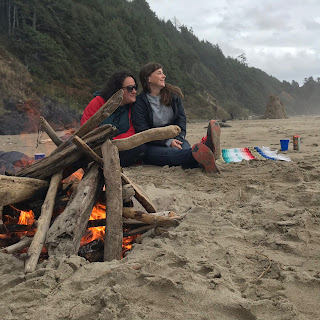 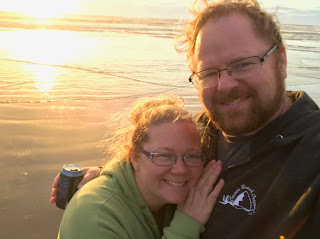 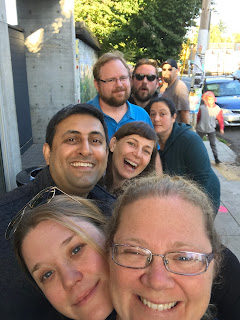 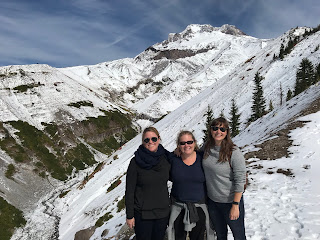 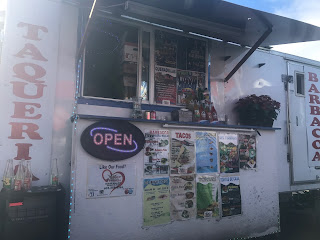 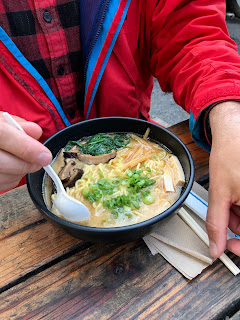 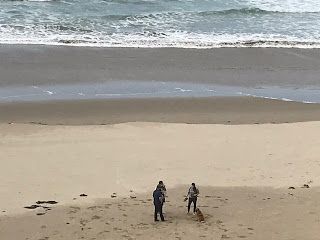 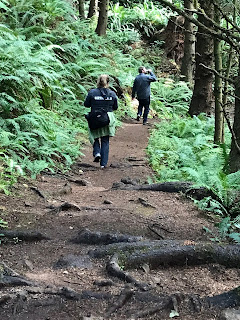 I am hoping we have struck a cord in each of us, and that we can make this fantasy trip a reality more often, to different cities or gorgeous spots. These friends feed a piece of my soul that no one else can, and traveling with them (and having time with Jon without our kids) is like medicine for me. I can't imagine wanting to do anything more, so the next time I scrape together some cash and some time off, you know what I'll be doing. Can't wait to see where the next adventure takes us.
Posted by Kate Hartshorne at 11:11 PM No comments:

I'm having a bad week. I just realized that the last time I wrote a blog post (yikes, six months ago, our computers have all died) I was also having a bad week, or at least a stressed-out parenting week. This week a few things have happened that have made me feel unsettled and anxious, but beyond that, I believe that I am moreover having a release of some feelings I have been bottling up since the divorce. I am realizing that those emotions will not simply go away when ignored, but need to be felt, dealt with, and then released so that I can be a complete person.

I think that I had some denial initially about how traumatic my split from my ex was for me and my children, and how it would affect us in the long run. In the moment (2.5 years ago) I was so focused on keeping my head above water that I didn't acknowledge the explosive intensity with which the marriage ended. The lasting effects of that ending are still felt by all of us, although none of us seem to know that's what we're dealing with. My kids' father is now living near us again, and having to interact with him on a weekly basis is incredibly challenging. We all need a therapist, and I'm working on that. Meanwhile, I cry a lot when nobody is looking.

Beyond all of that, the challenges of daily life go on. We have five full time kids in our house right now, which was a transition for the kids and an exercise in patience for Jon and me, and our wallets. Ultimately, it is turning out to be really good for them, but getting used to a new way of living is hard on everyone initially. Sometimes it's great and we all get along easily, and other nights I barely make it to bed without weeping. We are so fortunate to live in a place filled with abundance, in a beautiful home, with plenty to eat, but still I find myself struggling to find joy sometimes, and daydreaming of a life in Costa Rica or somewhere equally lovely (and with a better political climate than our current situation).

Generally though, I'd say life is improving (although it was never bad, just a constant state of adjustment). Jon's younger kids are getting used to me, and to the rules/routines/structure of our home. His older two are blossoming into adulthood in a way that makes me very proud of both of them. My kids seem alright, although I constantly worry about their emotional well-being. I worry that I am fucking them up beyond repair, although I think that because I am worried about that, it probably isn't the case. I am fairly certain that I do the wrong thing a lot of the time, but I'm hoping their resilience can outweigh my parenting mistakes. I am trying to remind myself that all of this is a process, but it's easy to forget. This time of year has never been my favorite, and I'm definitely struggling with it, but feeling fairly certain that I'll reach my peace with all of this, I'm just hoping it doesn't last too long.


Posted by Kate Hartshorne at 10:32 PM No comments: