My family and I just returned from ten days in my husband's home coutntry: The Dominican Republic. I too have spent a lot of time in this heat washed, rough-edged paradise even prior to meeting Francisco. We both think of it as home in many ways, so I have been looking forward to this trip for months, albeit with some nervous anticipation.

It surprises many to know that my husband does not travel well. Even (or maybe especially) to his country of birth where his family still resides, he is shaking with anxiety pretty much until we reach the airport to return home. It's weird, but I'm used to it, so this time I was prepared to handle his jittery nerves. He is anxious about the poverty, he feels guilty for those he cannot help, he hates to make arrangements to shepherd us from one end of the island to the other, he is terrified that we are going to be robbed. He doesn't sleep, he barely eats, he's really just a man meant to stay home. Unfortunately, his family cannot come to visit us, so travel he must, and we all grin and bear the vibrations from his shaking legs. 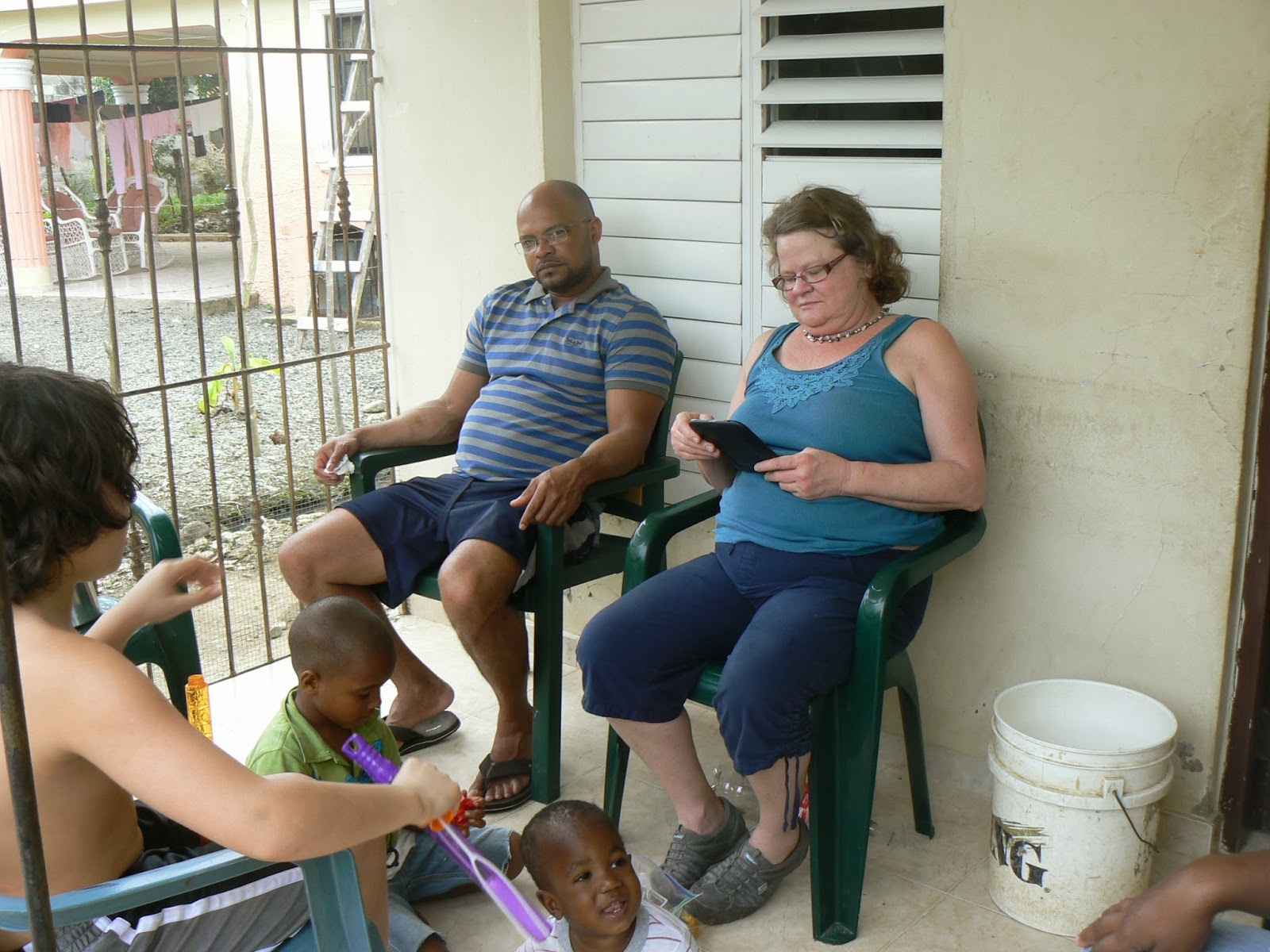 I hadn't been to the DR in two years, so this time when the plane touched down I was awash with feelings of homecoming. The smell of frying plantains, motor oil, and mangoes assaults you when you set foot into the night air, even at the airport. The DR is definitely third world. It's dirty, people drive like lunatics, and the houses often resemble shacks with scraps of tin patchworked together to attempt to keep out the rain. It's gritty, it's often slow and disorganized, and as soon as you spend any length of time there you can't help but fall in love. I have been in love with the DR since the age of 16, when I stepped out into the night air with nine of my exchange student peers and felt the exact same way I did last week. 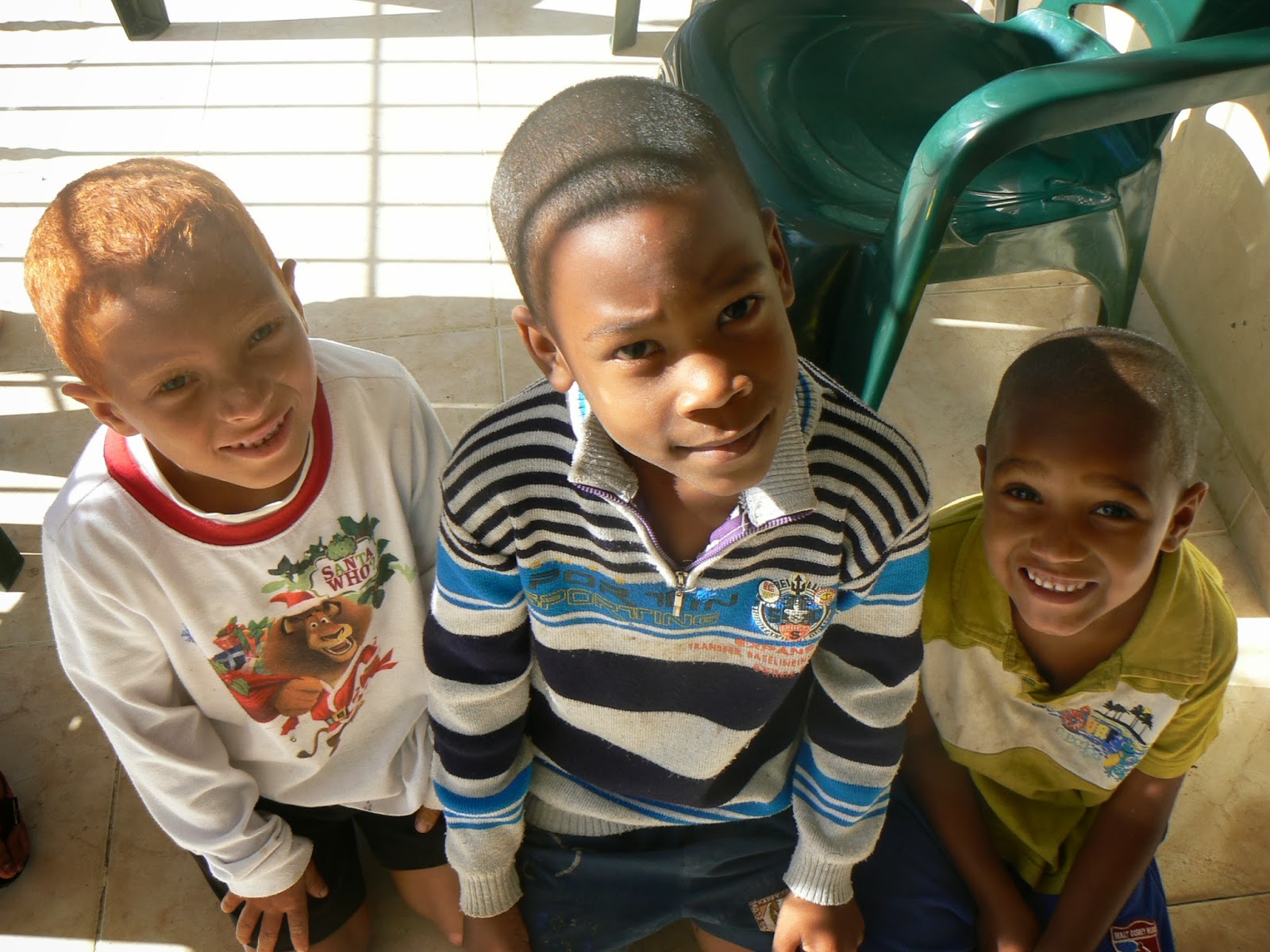 We spent a few days at my mother-in-law's small cement house in the rice fields in the center of the country. Hot, buggy, and completely devoid of anything to do, I am usually itching to get out of there after a few days have passed. This time I felt like I could spend a month sitting on her porch in a hard plastic chair, drinking rum from a metal cup, and watching my kids play cards with the neighbors. We moved on to Sosua, a beach town on the northern coast where a rental house awaited us, with room for all and a pool in the backyard. It was, even by the stuffiest gringo opinions, quite fabulous. My mother-in-law and another family friend stayed with us, and we were joined by several friends and family members throughout our week. 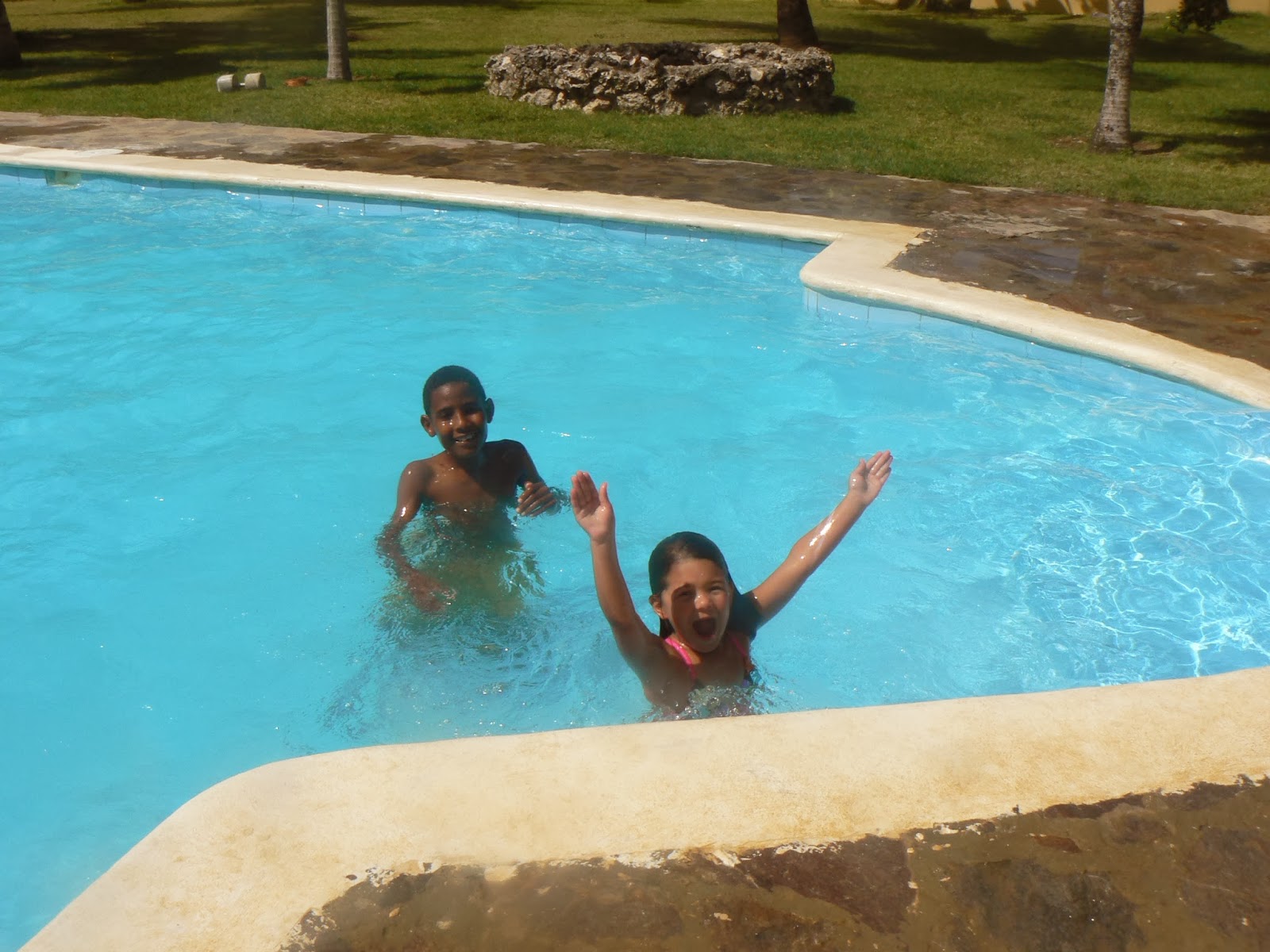 Sosua is one of the grittiest of tourist towns, a haven for European tourists and Haitian prostitutes. There are parts of town one doesn't frequent at night, and there are beautiful stretches of beachfront just waiting for you to sit down and soak up the sun. We spent many days on the popular Sosua beach, where Francisco is famous for once having owned a bar. Sofie never tired of trying to weasel pesos out of anyone within earshot to visit the many crowded gift shops laden with cheap trinkets marked up 400%. Everything we bought broke before we made it onto the airplane, but it always feels good to infuse the local economy. 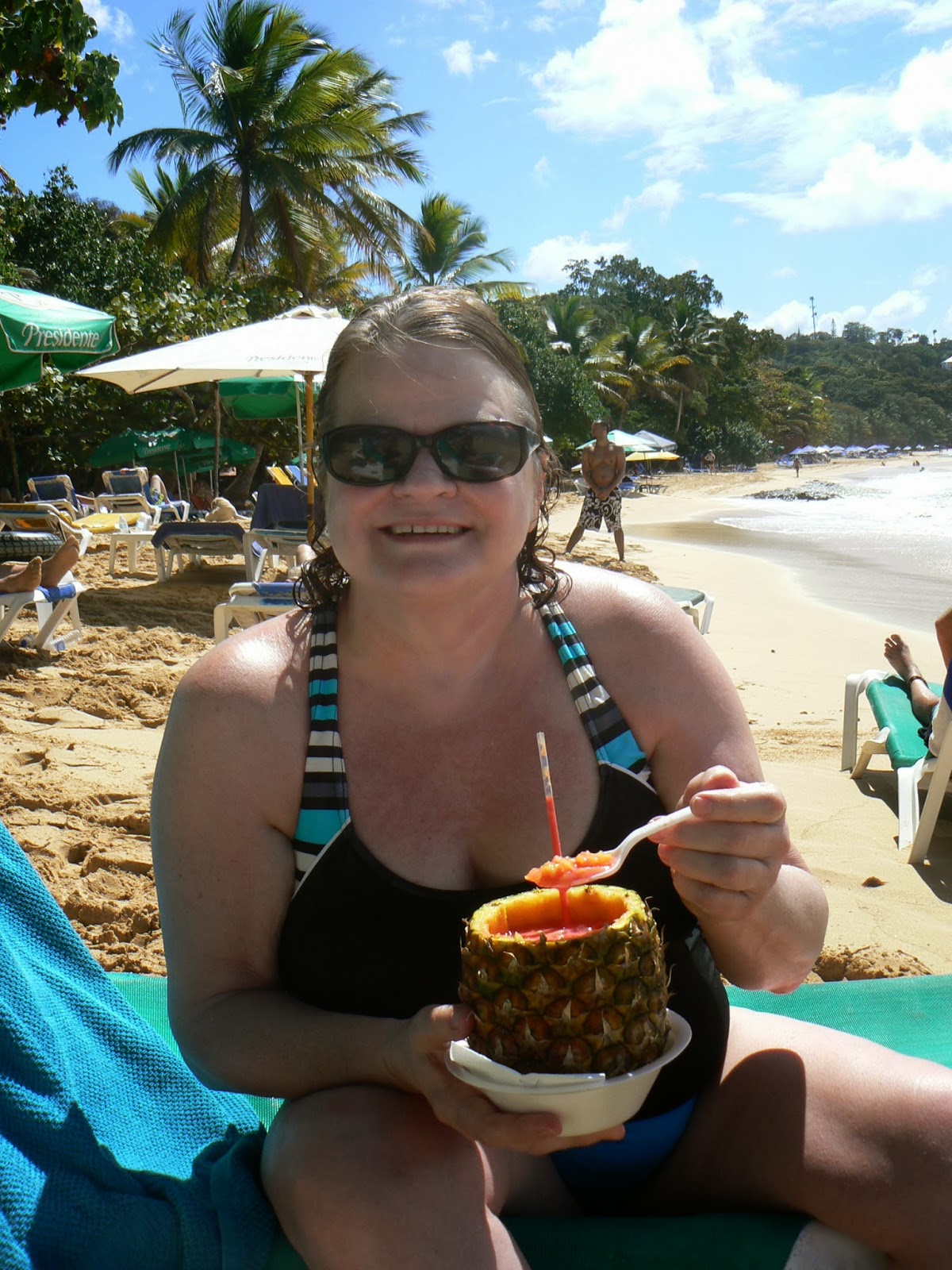 I finally got to spend two glorious days with my long lost surrogate daughter Sindy, a girl I have known since she was a small child and considered my own for many years, but whom I had not seen in over 10 years. When she stepped off the bus we embraced and both cried tears of long overdue joy. It was amazing to experience her upbeat, adorable self now as a young woman coming into her own. She is beautiful in many ways, and it was relieving to see with my own eyes how well she is doing. I cried for a long time after she climbed the bus to make the long trip home, happy to have spent such a lovely time with her but sad for the many years of her life I missed. 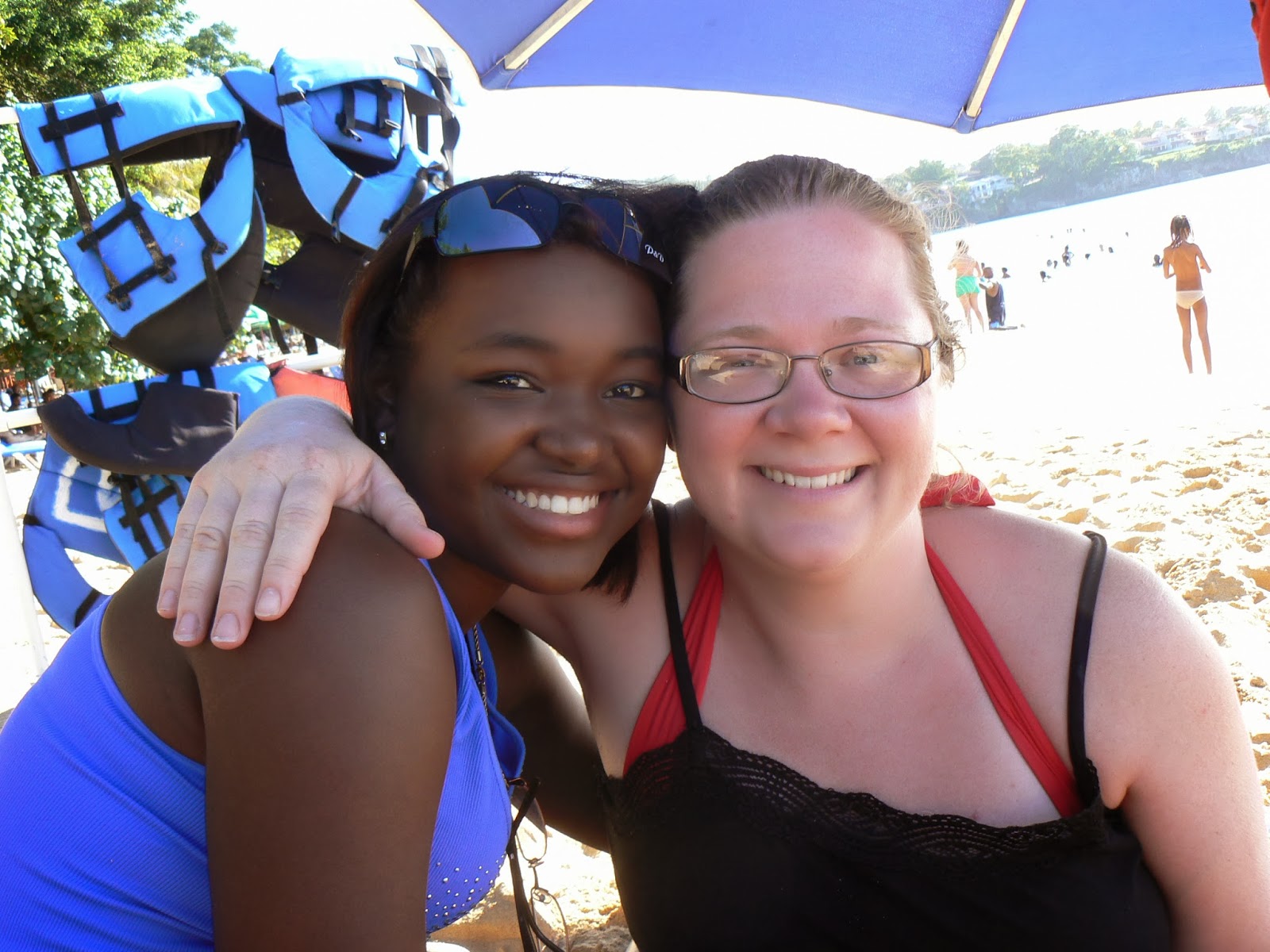 People in the DR are poor but unfailingly upbeat. They can be in the throes of poverty and tragedy, and still there will be laughing and dancing in the streets. Music flows from every window and cheers of friendly hellos call out from passing mopeds. The people, the sunshine, and the strong rum makes for a pretty good time, and I was surprised at how much I did not want to come home. Granted, it was only 12 degrees when we landed in New York, but there is usually a small part of me that is relieved to return to my own bed, and a familiar routine. This time however, I felt nothing but pissed off and sad as I packed my things to return to the north. I feel a sense of longing to be back there that I haven't felt since my early years of traveling to the DR, when I would work for weeks at a job I hated just to make the money for my plane ticket so I could feel the familiar feeling of homecoming. It's hard to find a balance now that I am grown, with too many responsibilities to pick up and leave at the first whim, but a burning desire to be embraced into a culture that I love. Maybe it's time to play the lotto... 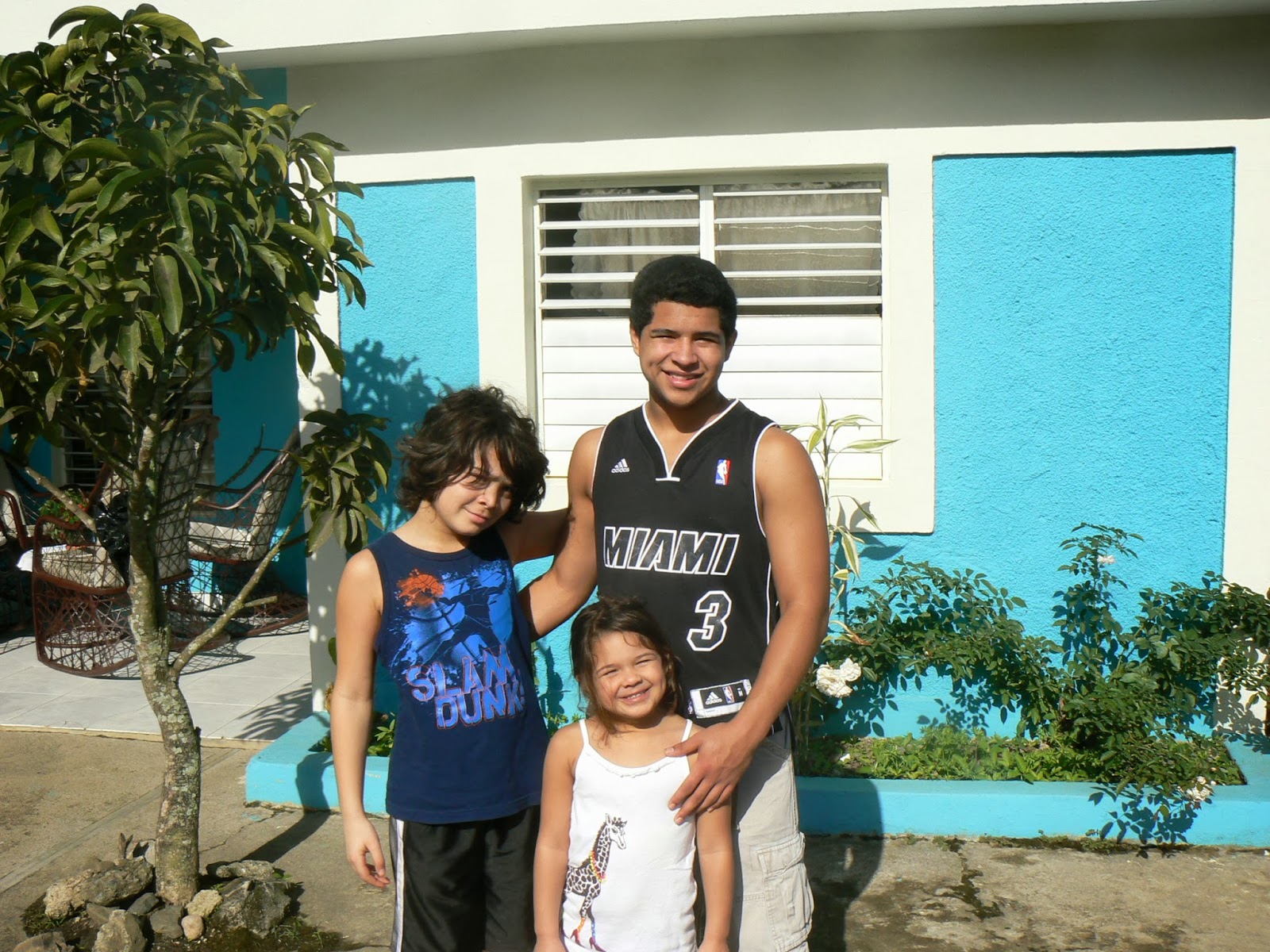 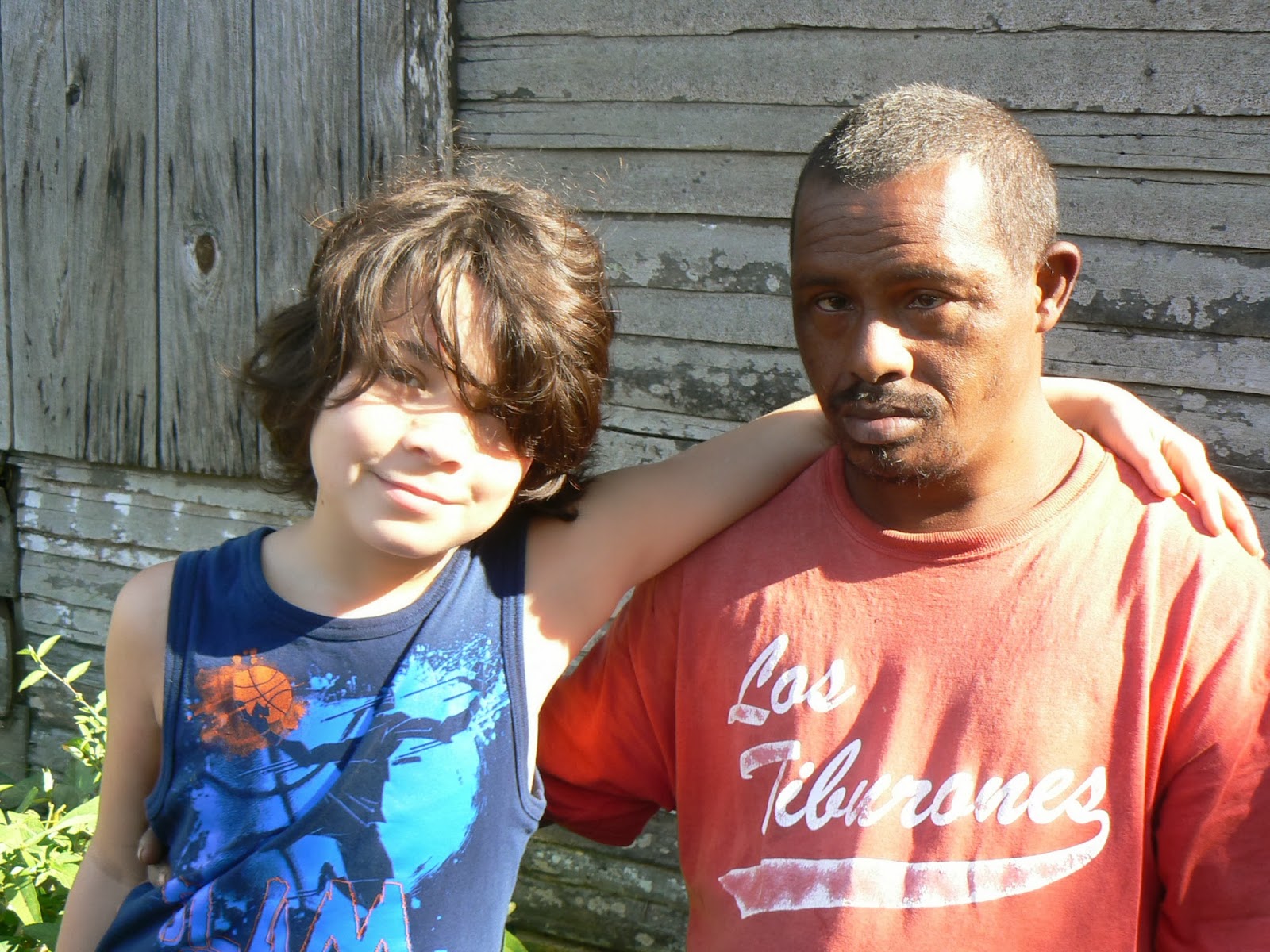 Posted by Kate Hartshorne at 3:47 PM